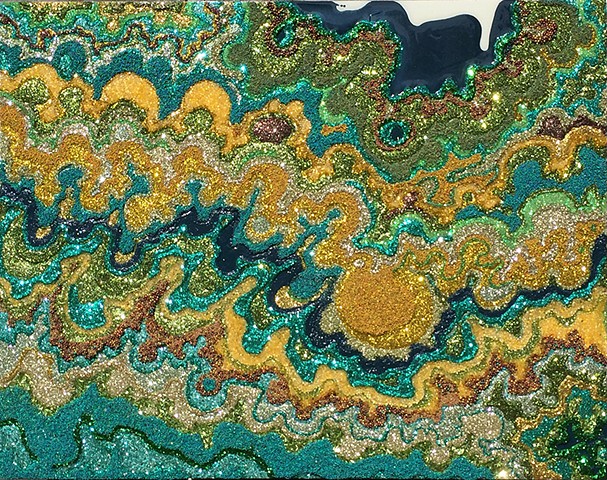 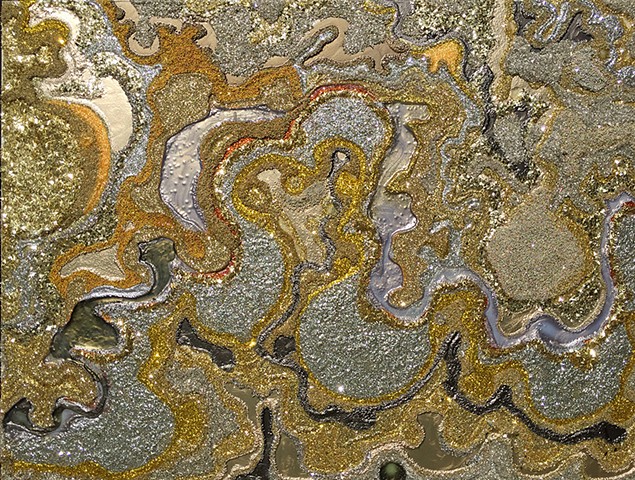 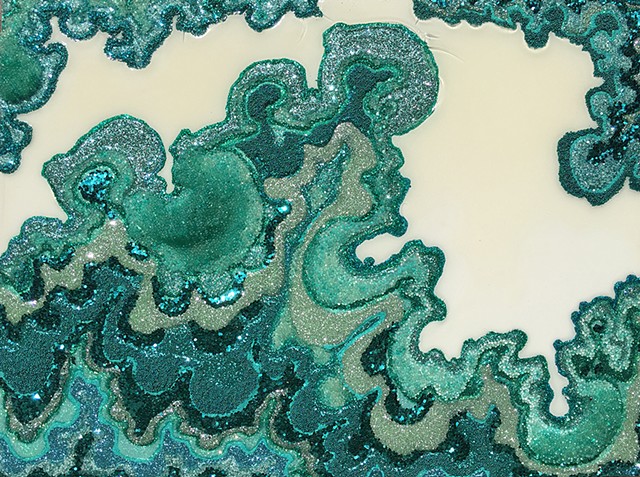 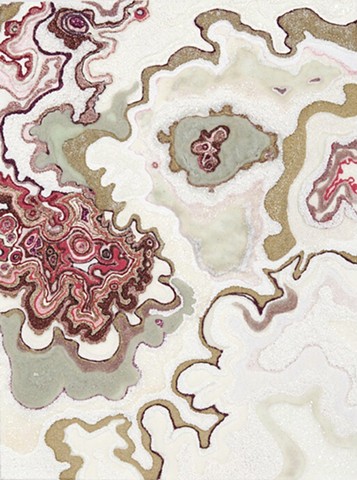 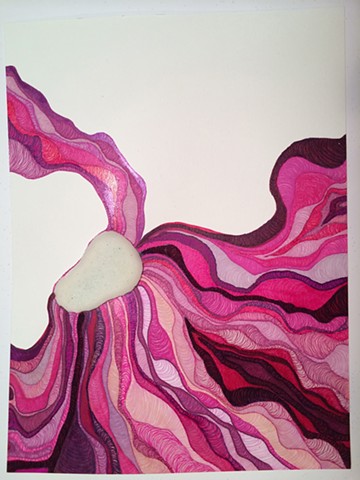 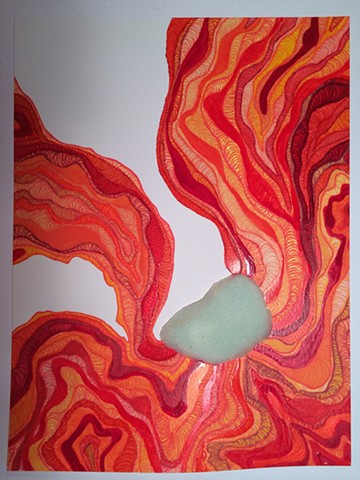 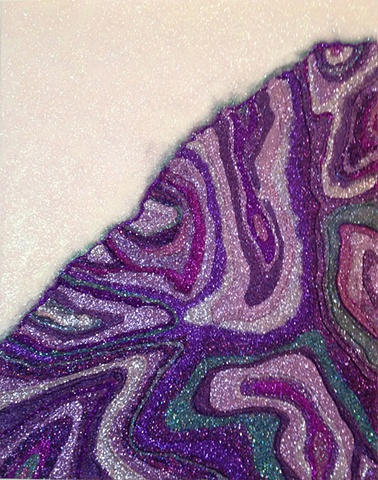 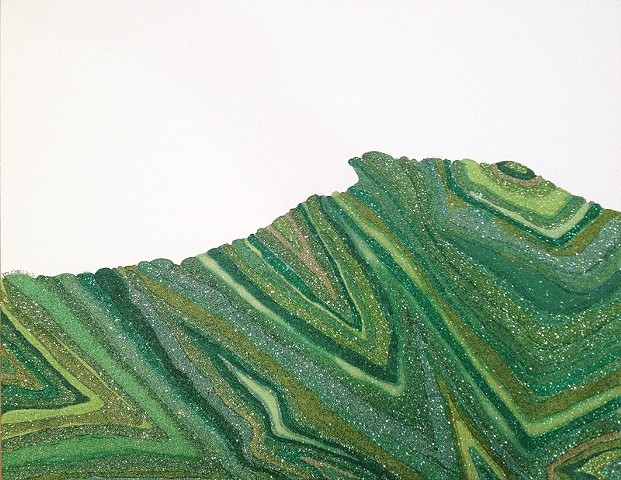 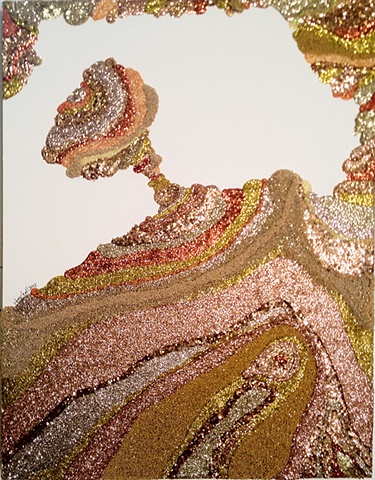 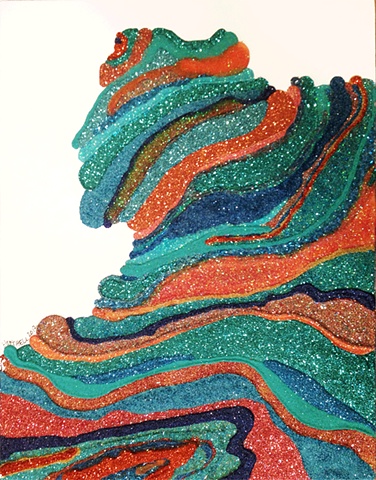 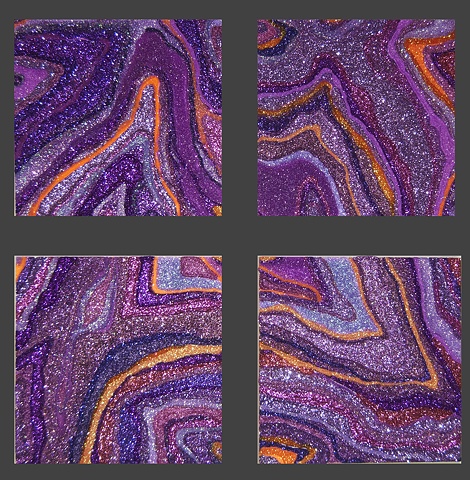 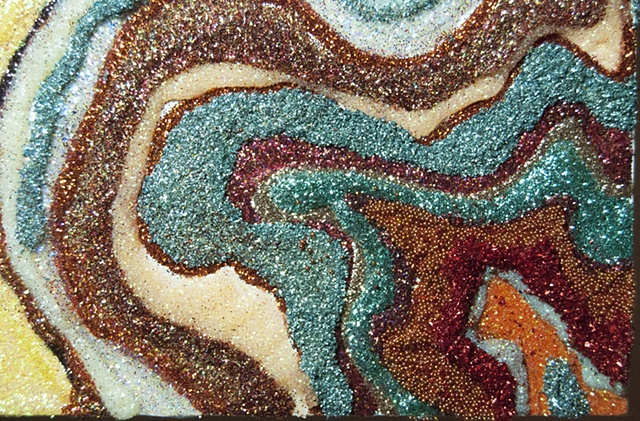 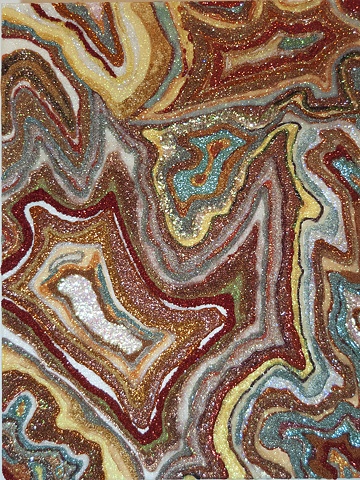 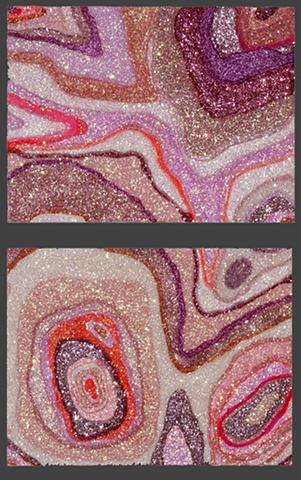 Settling Histories
ultrafine glitter and archival glue on board
each panel: 8 x 6 x 2" 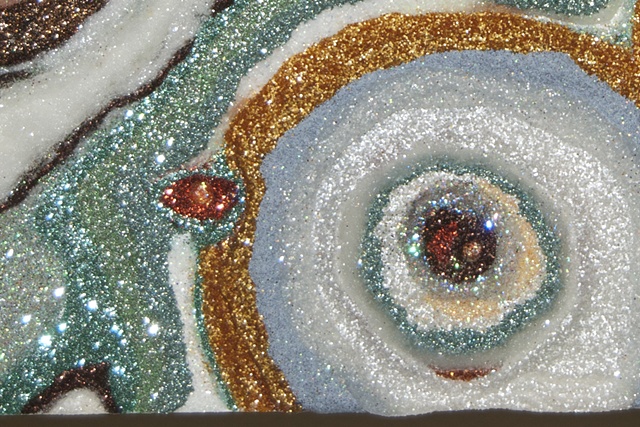 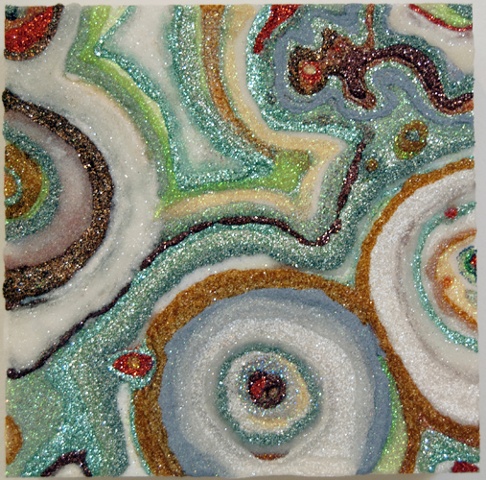 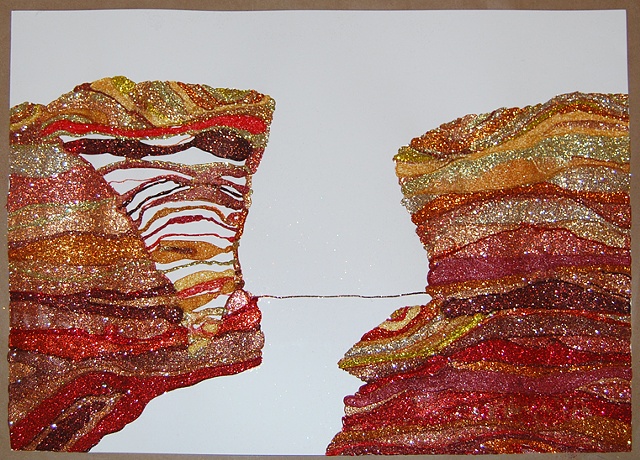 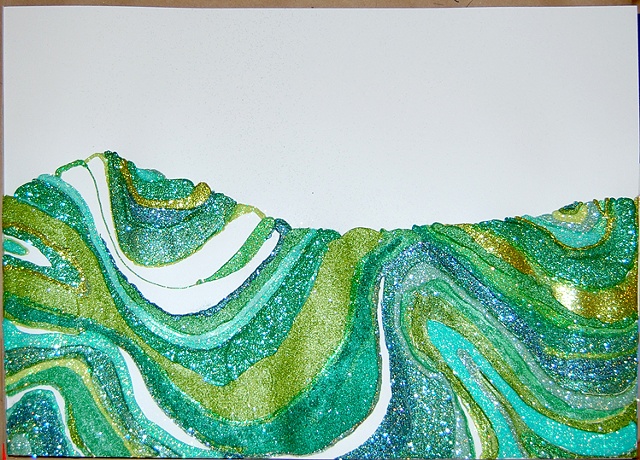 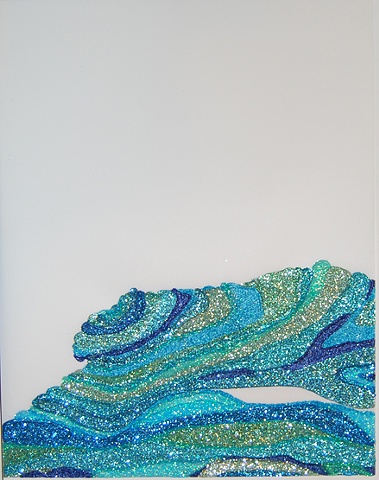 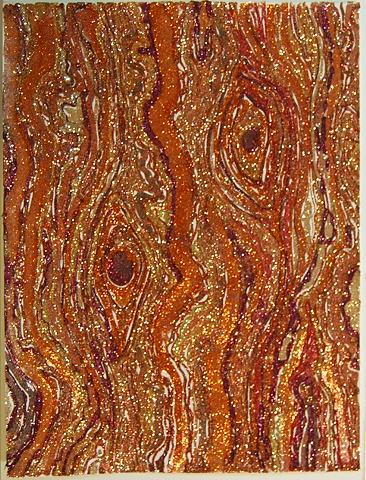 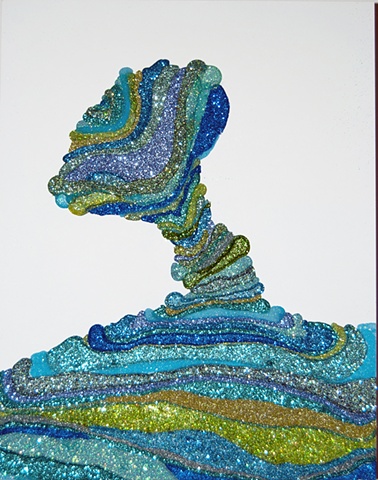 History of Gestures II
ultrafine glitter and archival glue on board
11.5 x 14.5 x 2" 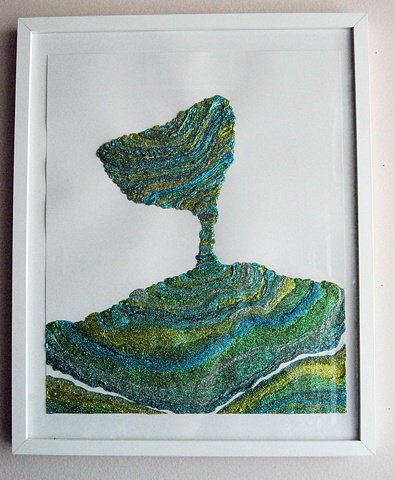 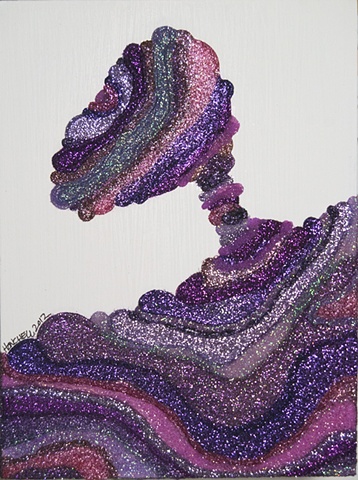 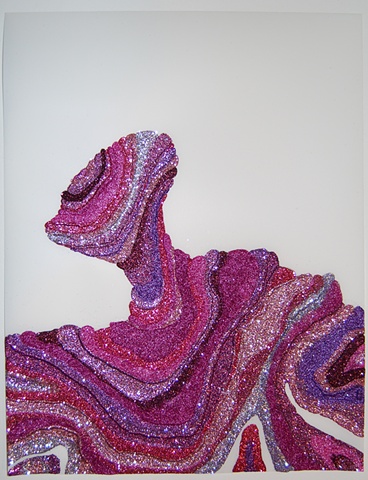 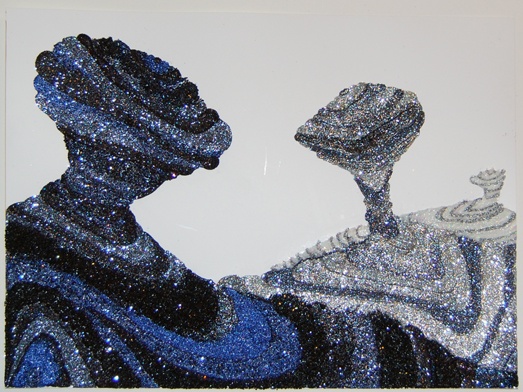 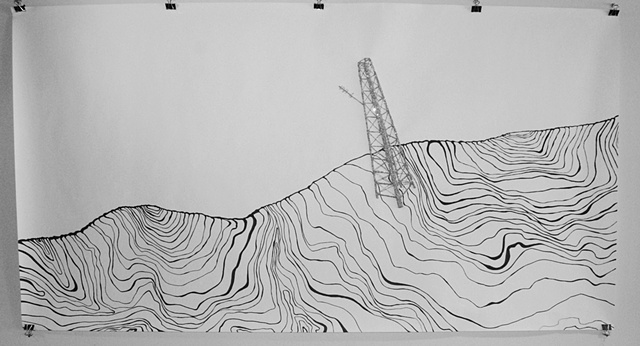 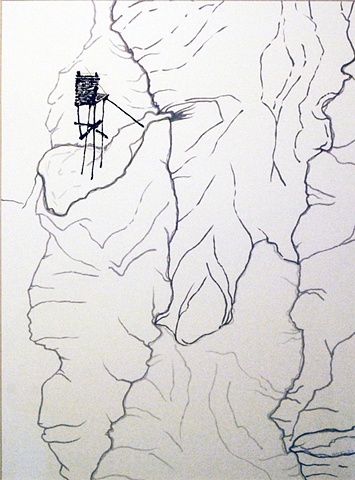 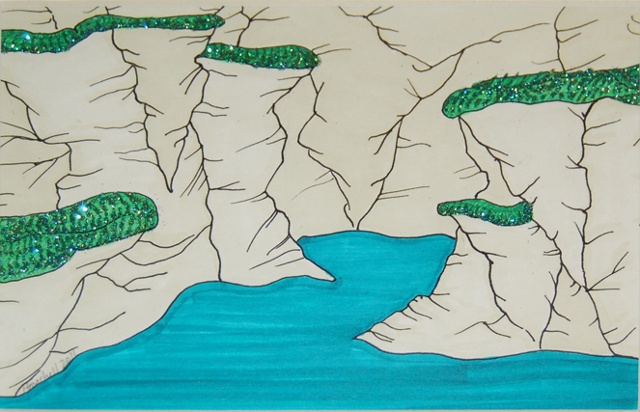 Glitter is little more than dust. It was created around the time of the Second World War (according to some sources) out of scraps in a machinist's shop. The machinist, Henry Ruschman, was determined to find/create something of value out of discarded material.

The notion of what we consider valuable and where value may be found is of great interest to me. Returning to Benjamin's quote, I wonder what it would mean if dust were glitter–if all the residue of history was reduced to sparkling, iridescent flakes.

Glitter, as a fine art material, is often seen as a kitschy element–a material better relegated to grade school art classrooms, gaudy gifts, and holiday decorations. Sometimes the value of a material lies beneath the surface and must be unearthed, like mining for precious metals. I want to imbue glitter with value, to transform into something spectacular that is not so easily dismissed.